The competition, which selects the best student and the best scientific club in the Pomeranian region, for the first time, was resolved in 1962. As the organisers inform on their website (czerwonaroza.org.pl), the Red Rose Award was initially presented to poets and writers, and later also to young scientists. Today, the winners of the first editions of the contest are well-known doctors, engineers, architects, businessmen, politicians. After some time, the competition disappeared. In 1999, it was reactivated through the Red Rose Association.

- 'Hosting such a prestigious competition is a great honour for our University. Our students - both individually and through participation in the work of scientific circles - have been its winners many times. However, it is not only about competition, but also about showing others that science can be a passion. All nominated young people are extraordinary: talented and hard-working,' - stressed the host of the event, Rector of UG, prof. Piotr Stepnowski.

Pomeranian universities have selected 8 students and 5 student scientific clubs for the finals.

- 'This year, all public universities have applied. Previous winners are very important in the world of science, culture and art. The award has great prestige in the academic community,' said Ludwik Klinkosz, President of the Red Rose Society.

2. 'Experior' Psychological Research Group from the University of Gdańsk

3. 'Start' Gallery from the Academy of Fine Arts in Gdańsk

The nominees presented themselves on November 15, the jury deliberated on November 19. The final of the competition took place on Sunday 21.11.2021 in the Theatre Hall of Neophilology UG.

The best student of Pomerania was Piotr Pawlak, a student of the Academy of Music in Gdansk and a graduate of the Faculty of Mathematics, Physics and Computer Science of the University of Gdańsk. His achievements are impressive. 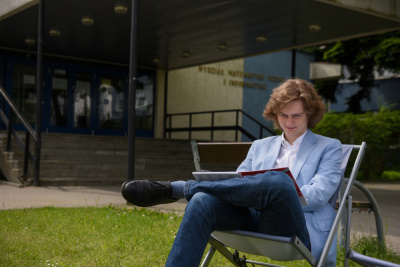 In 2016, he graduated with honours from the Feliks Nowowiejski General Primary and Secondary Music School in Gdańsk (piano and organ class). He is currently studying at the Academy of Music in Gdańsk, where he continues his education in the class of prof. Waldemar Wojtal (piano) and studies the first year of conducting in the class of prof. Marcin Nałęcz-Niesiołowski. In 2020 he defended his Master's thesis in Mathematics at the University of Gdańsk.

He is a laureate of many prestigious prizes and contests such as a three-time gold medalist at the International Mathematics Competition for University Students in Blagoevgrad, Bulgaria, winner of the 12th International Online Olympiad at the University of Ariel.

Meanwhile, among scientific clubs, the winner was the Student Scientific Club 'Passionate Pediatricians' at the Department of Pediatrics, Gastroenterology, Allergology and Child Nutrition of the Medical University of Gdańsk.

The best student of Pomerania was awarded a Toyota Aygo passenger car and the winning scientific club received 12 000 PLN. 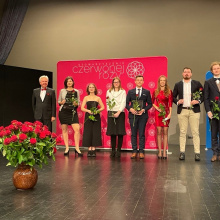 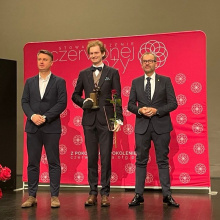 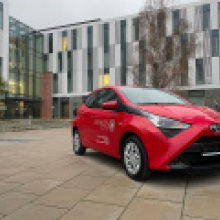 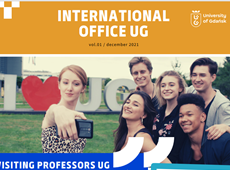 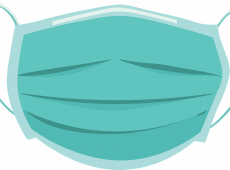 Safety rules related to health protection at the University of Gdansk 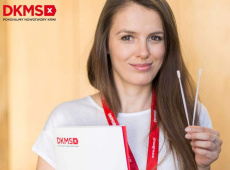 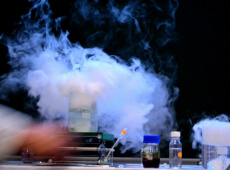 To interest, not to bore - displays of chemical experiments are back 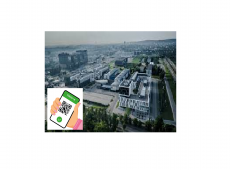