Remembering the Holocaust. Anniversary of the Warsaw Ghetto Uprising

Monday, April 19, marks the 78th anniversary of the Warsaw Ghetto Uprising and the International Holocaust and Warsaw Ghetto Uprising Remembrance Day. We asked dr hab. Miłosława Borzyszkowska - Szewczyk, prof. UG from the Faculty of Philology and dr hab. Grzegorz Berendt, prof. UG from the Faculty of History, to explain the situation of Kashubian and Gdańsk Jews during the Holocaust.

- 'I must ensure that their memory is not lost. I know that it is necessary to remember those women, children, old and young people who disappeared into nothingness, who were murdered without reason and sense. I know that their memory is needed,' - these are the words of Marek Edelman, one of the survivors from the Warsaw Ghetto and the last commander of the Jewish Combat Organisation. Thanks to him, the daffodil has become a symbol of remembrance of the uprising.

The armed uprising of Jewish underground formations in the Warsaw Ghetto lasted from April 19 to May 16, 1943. At that time, there were only about 50,000-70,000 Jews there out of almost half a million at its peak population. The uprising was an armed response to genocide. The Nazis murdered thousands of Jews and deported thousands more to extermination camps. The Warsaw Ghetto Uprising is considered by the Jewish people to be symbolic and one of the most important events in their history.

As a symbol and expression of the memory of the Holocaust in Gdańsk, in front of the railway station, there is a poignant monument commemorating the participants of the Kindertransports - Jewish children deported to London on the eve of the outbreak of World War II.

Between May and August 1939, four transports of Jewish children, whose parents could not leave the German-dominated city, left Gdańsk by rail. Organised by the Jewish community, the transports - 130 children in total - were received by British families. The author of the memorial was the Gdańsk-born Israeli sculptor Frank Meisler, who as a ten-year-old boy was rescued in one of the Kindertransports. He never saw his parents again. The second monument in Meisler's Kindertransport series is in Berlin, the transit station for these journeys, while the third is in London's Liverpool Street Station, where the journey ended.

In October 1939, the gauleiter of the Gdańsk-West Prussia District, Albert Forster, declared the area under his jurisdiction as "judenfrei" - free of Jews. The Holocaust in our region took place in stages and many different ways, depending on the nationality of the Kashubian region between the two World Wars. Immediately after Nazi Germany occupied the Polish part of Kashubia, the persecution of Jews began. All Jewish communities in the region were eliminated (until the end of the war there was only the Jewish community in Gdańsk, as a remnant of the legal status of the Free City of Gdańsk). Many Jewish inhabitants shared the fate of the local elites as part of the "bloody Pomeranian autumn", symbolised by Piasnica and Szpęgawski Forest. Special SS units carried out murders in the forests with the help of the local Selbstschutz, a paramilitary organisation consisting of the German population of the region. Throughout Kashubia, "place of remembrance" signs are scattered along roads bouncing off the road into the forest. They lead to mass or individual graves. Some of the Jewish inhabitants were deported to the KL Stutthof concentration camp, whose branches were scattered throughout the region. Others were expelled to the General Government.

From mid-1944 KL Stutthof was incorporated into the network of camps carrying out the extermination of European Jews. Around forty per cent of the 65,000 Jews murdered here were of Jewish origin.

The persecutions in the German part of Kashubia took a different course. In the region of Bytów or Lębork, where, as in the whole Third Reich, from 1933 onwards the successive stages of the Holocaust were gradually carried out with the use of propaganda, dehumanising the Jews, excluding them from successive areas of social life through legal acts, depriving them of the right to practise their professions, forcing them to emigrate, destroying them mentally and physically. In September 1939 very few remained in their hometowns. In subsequent deportation actions during the war, they were taken to places of extermination.

Prof. UG Miłosława Borzyszkowska-Szewczyk quotes poignant testimonies from the memories of Pomeranian Jews who survived the Holocaust, which are the subject of her research. Her findings are presented in the monograph 'Jüdische Gedächtnistopographien im Grenzraum. Autobiographik nach 1945 von Autoren jüdischer Herkunft aus dem Pommernland (Pommerellen und Hinterpommern)'(2019). Today she cites the stories of two women:

Elsa/Elżbieta Pintus, a native of Chmielno, author of the account 'Moje prawdziwe przeżycia', published by the Kashubian Institute in 2004, the war found her in Kartuzy. Her brother Heinz was arrested immediately in the first days of the war and deported with other Jewish men to an unknown destination. In an attempt to find him, she managed to get to Gdańsk in the autumn of 1939, where she stayed until December 1942 as a caretaker of the elderly and a nurse in the Jewish building ghetto in Stągiewna and Mysia Streets. Before the final deportation, Else Pintus escaped on foot to Chmielno. She was hidden until the end of the war by a family of friendly Kashubian neighbours, the Stencl family. Her account includes the dramatic fate of individuals, descriptions of successive deportations of Gdańsk Jews and everyday life in the Gdańsk ghetto or the hiding place in the attic cell in Chmielno. From the windows of her hiding place, she observed a visit by Gauleiter Forster, the wartime expansion of Chmielno for tourism, the escape of German inhabitants and the Death March of prisoners of KL Stutthof. The author shows the complex choices, diverse attitudes to inhuman times of friends, acquaintances and those she met. Else Pintus sees human beings everywhere, with their strengths and weaknesses, without falling into black-and-white patterns of perception.

On the other hand, Mira Ryczke-Kimmelman, a student of the Polish Gymnasium in WMG, author of the memoirs 'Echoes from the Holocaust' (1996), was displaced from Gdańsk to Warsaw with her parents and brother in the first weeks of the war. From there, after a few months, the family made their way to relatives in Tomaszów Mazowiecki. In 1941 Mira finished secondary school in underground education in Warsaw. She survived KL Auschwitz and Bergen-Belsen, where she was liberated. Her father also survived the war. Her mother died in the ghetto, her brother Buno in the last days before the liberation during the Death March from KL Mauthausen.

Prof.UG Grzegorz Berendt on Gdańsk Jews during the years of gehenna and the Holocaust:

Hitler's supporters seized power in the Free City of Gdańsk in the summer of 1933. From then on, their actions against local Jews were carried out in two ways: through militiamen on the streets and Nazi officials and public officials in the privacy of their offices.

Growing verbal and physical aggression, harassment and repression meant that the Jewish community, which numbered about 11,000 at the end of the 1920s, dwindled to only about 1,500 on the eve of the German-Polish war. The rest left, most often almost completely robbed of the fruits of many years or even generations of work.

A specific feature of the territory of the German Reich, to which the Free City of Gdańsk was annexed already on September 1, 1939, according to Hitler's decision, was the application of slightly different methods towards Jews than those practised since the beginning of the war on the territory of occupied Poland. As a consequence, the Jews who remained at the mouth of the Vistula River had the opportunity to emigrate to countries outside the influence of the Reich until June 1941. Thanks to this, about six hundred of them managed to reach, among others, Palestine and the United States. Keeping this gate open was not equivalent to stopping persecution. They continued and took new forms. One of them was the creation in 1940 of a one-building ghetto in the old granary at Mausegasse 7, where almost all the people considered by the Nuremberg Laws to be so-called "full Jews" were confined. Apart from them, people living in mixed marriages with Christians lived in dispersion. However, if the Nazis forced a divorce, the Jewish spouse was sent to the ghetto. The same applied to children, provided they had been brought up in the Mosaic religion. As early as September 1939, in connection with Hitler's visit to Danzig, a group of Jewish men were confined to the forest camp of Stutthof on the Vistula Spit. None of them saw freedom again.

The leader of the Gdańsk NSDAP structures and, at the same time, the head of the German state administration in Gdańsk Pomerania and Kujawy, Albert Forster aimed to remove the Jews from the area under his administration as quickly as possible. This was partly why he agreed to emigration. However, its pace was too slow for him. Hence, his subordinates began organising transports of Gdańsk Jews to the General Government, and after the occupation of areas hitherto controlled by the Soviets, also to the east, including Riga. Before being loaded onto trains, the police thoroughly searched the victims and their luggage, taking away the last valuables and money.

We know of the condition in which these people found themselves in the Warsaw Ghetto, among other places. Deprived of the means necessary to buy food on the black market, they quickly died of starvation. The last of them ended their lives in the gas chambers of the immediate extermination centre at Treblinka in 1942, or in the ruins of the ghetto the following year, when Warsaw saw the first urban armed revolt in occupied Europe against the genocidal agents acting on behalf of the Germans.

As a result of migrations and deportations, the Jewish community in Gdańsk dwindled to a few dozen people. After September 1, 1941, its members were obliged to wear yellow stars with the inscription Jude. They were sent to simple physical jobs unrelated to their qualifications and provided with minimal rations of food and other goods necessary for existence.

One of the mysteries of Gdańsk is why Albert Forster's subordinates kept this micro-community alive until March 1945. The likely intention to annihilate it was thwarted by the capture of the Coast by the Red Army in March 1945. The last Germans from Gdańsk of Mosaic faith, members of German mixed Christian-Jewish families left the Motława during the displacements of the German population in the years 1945-1947. Only a few families stayed a little longer. From the spring of 1945, a new page of Jewish life in the later Tricity was initiated by people mostly not connected with this area before the war. 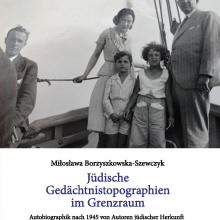 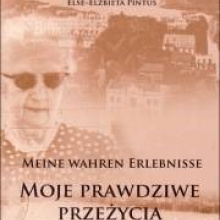 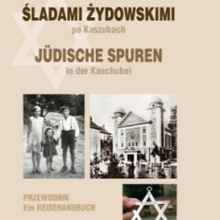 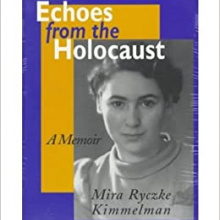 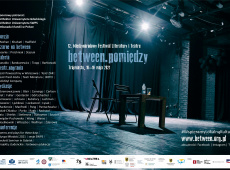 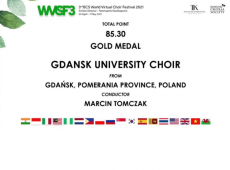 Success of the Academic Choir of the University of Gdansk 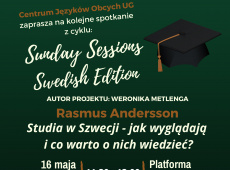 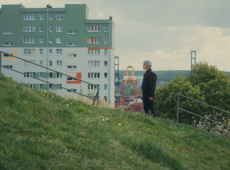 A film by Pawel Podolski, a student of the Philology Department, awarded at the international Austin Comedy Film Festival