About JANTAR on the occasion of International Dance Day

April 29, 2021, is the International Dance Day. On this occasion, we asked Barbara Madany, the organisational manager of the University of Gdańsk Song and Dance Ensemble 'Jantar', about the group and its plans for the future.

- You have been active since the beginning of the University of Gdańsk - since 1970. How is it that despite the changes of the times, political system and generations, your group, in which you dance folk and national dances, does not lose its popularity?

- It is true, 'Jantar' has been the University's song and dance ensemble from the very beginning. It's hard for me to give a definite answer to the question of what makes people want to watch and listen to us, but surely it is not without significance that folklore has the power to unite people. It's something that transcends divisions, a piece that plays in everyone's soul, regardless of whether they are fans of techno or Mozart. Some people, of course, try to ideologically characterise it, but it stands up for itself. I think that's one of the reasons for the constant demand for what we do. Another is the incredible energy of the people who make up the band. I am thinking of both the staff, headed by choreographer Milena Jurczyk and the members of the group. They have a kind of magnetism about them. Now I am thinking, maybe it would be worthwhile to research and patent it? Seriously speaking - it is extremely important that although we deal with traditional culture, we constantly read and redefine it. We try to meet the expectations of our audience, diversify our programme and constantly expand the field of our activities.

- You have taken part in many national and international festivals and won many group and individual awards. The pandemic brought academic life to a halt, also in Jantar. What happened during those few months?

- The pandemic verified our plans very strongly. Last year we were supposed to celebrate the 50th anniversary of the Band. We had been preparing for the Jubilee for a very long time, we had our programme ready, the rehearsals were at an advanced stage, but we did not manage to invite the audience to the planned concerts. But giving up is not in our nature. In February, after a break of 11 months, we returned to classes and are systematically rebuilding our form. We are still far from the performance level we had before the first lockdown, but we are moving in the right direction and we hope to finally meet the audience live in autumn. The past year was surprising and difficult, but we tried to use this time to complete projects that we didn't have time for before. After a 12-year break, we recorded an album. Its very title - 'zGłębiNowe' - is the best summary. It is traditional music in completely new arrangements. I have to mention here three people without whom this record would not have been made - Anna Barszcz, Agata Chomicz and Jakub Musik. The effects will be heard soon. But the album is not our only production from the time of the pandemic. We couldn't meet the audience live, so we tried to stay in virtual contact - we recorded the song remotely, took part in Hot16Chellange, prepared a special Christmas video and an online advent calendar for Christmas. These are just a few examples. But we missed rehearsals so much. I will never forget the energy when we met again in mid-February after a very long break. This time of separation proved that we really need dancing and each other.

- You run several projects - apart from the team - let's call it the 'basic' team consisting of students and graduates - you also run activities for children. For many years you have also been running voluntary half-day camps for children of UG employees. How do you find the time and energy for all this - after all, you also work and study, and performing means months of rehearsals?

- It's true, there's usually a lot going on because we try to take every opportunity to promote the beauty of Polish culture, while constantly developing and testing ourselves in new roles. Apart from the activities you've mentioned we also organise the Amber Sail Tournament of Polish Dances (it's a ballroom dance tournament with about 100 couples from all over Poland, but instead of foxtrot, rumba or waltz they dance krakowiak, oberek, mazur and kujawiak), we engage in charity work, conduct various workshops and lectures at schools... I could go on. All this boils down to a common denominator - we popularise folklore. Of course, not all members of the Ensemble are involved in each of these activities. We share responsibilities according to our predispositions and interests. But I must admit that sometimes we have an accumulation of events. I remember how two years ago, on the same day, we conducted a field game on the UG Campus for foreign students, an hour later we were dancing an important concert in Sopot, and in the evening we took part in the Jantarowiec Ball - an annual event for past and present members of the Ensemble. Today I remember it with a smile, but back then I dreamt of having the ability to bilocate.

- What are your plans when the pandemic ends?

- The first thing we are going to do is organise one big rehearsal open to all members of the Band. At the moment we are rehearsing in smaller groups, divided into two rooms, to minimise the risk of possible contagion (at this point I would like to thank the University authorities for trusting us and allowing us to return to rehearsals with special precautions). When the pandemic is over, we will resume classes of the children's groups as soon as possible. We miss our little dancers very much and we hope that they will want to come back to us. And, as I said before, we will do our best to be in shape by autumn and to be able to invite the audience to the Jubilee Concert, postponed by a year.

- What can we wish Jantar on the occasion of the International Dance Day?

- There's a passage in one of my favourite songs, 'We wish ourselves and you that we can afford holy peace'. I think these are beautiful wishes. They can be read in the context of a pandemic - as freedom from anxiety about one's own health and that of one's loved ones, but also more broadly as the ability to move forward in peace, with good conditions for further development and prudence in decisions and actions. This is what we wish for ourselves. And also further support from the University Authorities, for which we are extremely grateful. On a more down-to-earth level, we dream of having our own dance hall, as we will soon have to say goodbye to the former Chemistry Department, which has been our second home for the last few years.

- We wish you this! Thank you for the interview. 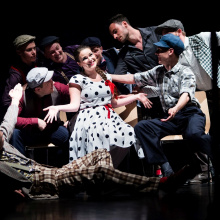 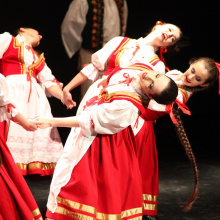 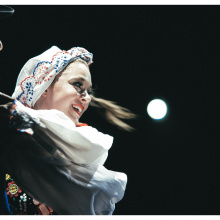 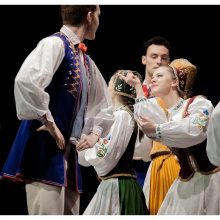 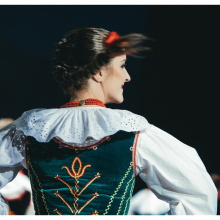 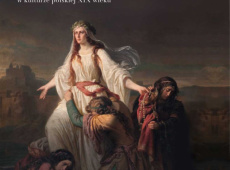 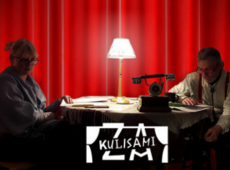 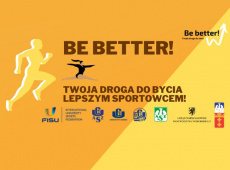 You are invited to the conference 'Be Better! Your way to the goal!' 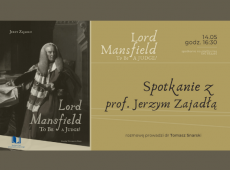 Lord Mansfield. To Be a Judge! Meeting with prof. Jerzy Zajadło 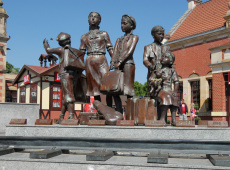 Remembering the Holocaust. Anniversary of the Warsaw Ghetto Uprising