I decided to return to China and enjoy life. Farwell interview with prof. Wu Lan

Almost three weeks have passed since Professor Wu Lan left Poland. The freshly retired Chinese teacher is already in China waiting for the end of her 21-day quarantine. In this state of limbo - outside Poland, but not yet fully in China - Prof. Wu Lan talks about new translation projects, the Sinology Department of the University of Gdańsk and her plans for the future.

Marcel Jakubowski: You decided to study Polish very early, before you even finished high school.

There was a cultural revolution in China, and I passed exams to study abroad. In the 1970s, we had no free choice. The government decided who, what and to which country. If someone learnt Russian they were sent to a country in the socialist camp. While someone learnt English they were assigned to an English speaking country.

I felt such a contrast at first. There was still poverty in China. Everything had to be bought with ration cards, while in Poland in 1973, during the time of Gierek everything was booming. You could buy everything, so we were shocked. You could see that people here lived well.

And now, years later, what do you like most about our country?

I like Polish landscape the most. Poland is a very beautiful country. There is a lot of greenery. When I meet someone who hasn't been to Poland, I encourage him to go there, talking about how beautiful the landscape is. For many years I became friends with some Polish people. They were very honest and open. I also like the language very much. That is why I wanted to translate Polish literature, so that Chinese readers could learn about five prominent Polish Nobel Prize winners.

And apparently you have succeeded: your translation of Ryszard Kapuściński's 'Travels with Herodotus' was among the top candidates for the Chinese literary award, and your translation of Czesław Miłosz was ranked as the second best book translated into Chinese in 2013. You have many more achievements. In Gdańsk, thanks to your work, the Confucius Institute and the Chinese Culture Corner were established in the UG Library. You have presented many papers at scientific conferences. When you took over the Sinology Department at UG in 2013, did you plan to develop the department in such a way?

There was not much of my vision in it. When I came to Gdansk at the invitation of UG, I already knew how the situation would develop. Generally speaking, in the Western countries a lot of sinology was established in the 1980s and 1990s. Since then a lot of sinologists have been educated there. In Poland they started to work on it a bit late. For many years there was only one sinology department at the University of Warsaw. In the 80s another one was established at Adam Mickiewicz University. So there were only two such courses in Poland. When I taught Chinese at the University of Silesia there were as many as 50 students in one group. I knew then that there was a great need to create a new major.

You worked in Poland for 8 years. Did you miss China during that time? Especially during the pandemic?

I missed China very much, even though I had a good life in Poland. I made many friends here. I missed China a lot during the pandemic, there were no flights for a long time, but now that there are regular flights, I have decided that I need to go back to China and enjoy life.

Will you miss teaching and the students?

I'm not thinking about it yet. I'm in quarantine and don't have a plan. I just want to get some rest. Anyway, I still have a lot of translations to do.

So you will continue to work as a translator when you retire?

So that when I retire, I'll still have a little something to do.

Do you plan to continue translating the same authors as before - Czesław Miłosz, Ryszard Kapuściński, Bruno Schulz? Or have you chosen other, new ones?

Now I am in the process of translating The Jakub Books by Olga Tokarczuk. I will also translate Wisława Szymborska's biography. I will also translate some children's books, because Polish children's literature is very well received in China.  Chinese children are very interested in Polish books. I have already translated over 60 such books. Now the publishing house wants to buy copyrights to more of them. The publishers already know that I am back, so they write to me to accept new assignments. So for now, besides enjoying life, I will also translate.

You mentioned some of our Nobel Prize winners like Olga Tokarczuk, Wisława Szymborska, Czesław Miłosz. But among Polish authors, is Ryszard Kapuściński still the closest to you?

Yes. When I started translating Kapuscinski I didn't have many orders from publishers, so I could propose myself what I wanted to work on. As time goes on, publishers want to buy the rights to translate other authors, so for the time being, I just do those jobs. But if I had the time I would still translate Kapuscinski. I had a plan to translate all his books for 10 years. But at UG I had too much teaching and administrative work to do that. Now I have made an agreement with publishing houses that they will gradually buy the rights to Kapuściński's books and I will gradually translate them.

You put a lot of work into sinology. You were the soul of the department. Aren't you afraid to leave that role in the hands of someone new?

No, I am not afraid because I have always believed that the young generation should be given challenges. In China, we say that the older people have to hand over the baton to the younger people, that is, for the young people to learn to work by themselves.

Are you planning to come back to Poland?

If I had an invitation I would love to come to a conference or symposium. I would meet with friends, professors to exchange views. But every day I would like to live in my great country.

The interview was conducted on November 4, 2021. 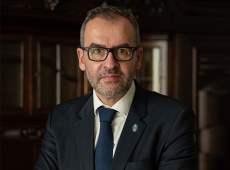 One year after the elections. The social mission of the University of Gdańsk 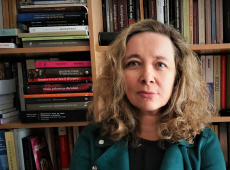 Prof. Beata Możejko among the Corresponding Fellows of the Centre for Medieval Studies in Prague 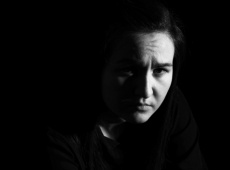 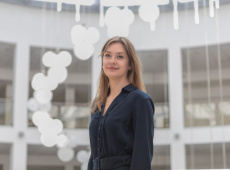 Dr Anna Ussorowska, a prominent sports psychologist from UG: The aim of my work is a comprehensive development of the athlete 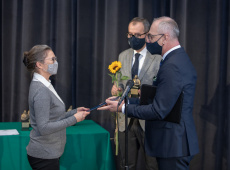