The University of Gdańsk remembers Marcin! 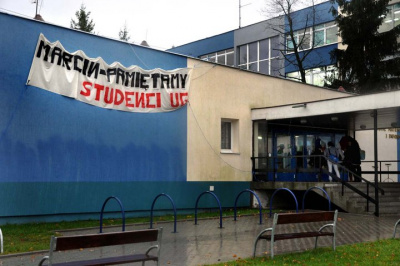 - 'Marcin had lived for 19 years like any other boy, with the difference that he was passionate about chemistry - he was a laureate of the Chemistry Olympiad,' wrote Leszek Biernacki, the author of the exhibition devoted to the UG student. 35 years ago, the investigation into the death of Marcin Antonowicz, a UG chemistry student, was discontinued. His death in unexplained circumstances after being detained by ZOMO shocked the community of the University of Gdańsk, where he had just started his studies.

As you may remember, Marcin Antonowicz, a first-year chemistry student at the University of Gdańsk, was arrested in Olsztyn together with a group of his friends by ZOMO officers. During the arrest, he presented a document from the University of Gdańsk and the militiamen took only him to a car. Unconscious and in a serious condition, the student was later found in the street. According to the official version, Antonowicz was supposed to jump out of the militia car while driving.

The funeral of the UG student was a huge demonstration in Olsztyn. At the head of the procession, there was a delegation of the University with the Rector prof. Karol Taylor. After the event, Rector Taylor was dismissed by the authorities for political reasons.

- 'For us, students, who were also beginning their studies at that time, Marcin's death was a shock and a great trauma. It was proof that the authorities would not back down from anything,' recollect students of Antonowicz's age from the then Faculty of Humanities at UG. - 'We were afraid, but it only made us stronger, which was proved by our strike in May 1988.'

Students and employees of the UG remembered Marcin. His story is described, among others, in a new book that is being prepared for publication by Leszek Biernacki, a leader of NZS at that time and a student of Polish philology at UG. He was also the author of the anniversary exhibition organised at the UG in 2010, thanks to the efforts of prof. dr hab. Piotr Kwiek from the Faculty of Mathematics, Physics and Informatics of the UG. Materials from the Institute of National Remembrance were used and photos were also provided by dr Tomasz Pluciński from the Faculty of Chemistry, UG.

In 2007 Marcin Antoniewicz was posthumously awarded the Knight's Cross of the Order of Polonia Restituta by the President of Poland Lech Kaczyński. Scholarships named after him are awarded in Olsztyn and at the University of Gdańsk.

'The prosecution tried to find any slightest offence in Marcin's life story, starting from his primary school days. They looked for witnesses and testimonies that could incriminate him. Nothing was found. And no one was questioned who could say anything about the officer who, by the way, was Marcin's age. Ultimately, the case was dropped and the perpetrators were not convicted,' - writes Leszek Biernacki in his new book.

We will soon write more about the events at UG in 1985. 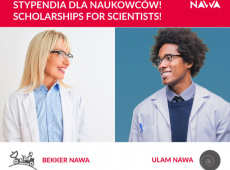 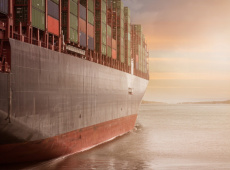 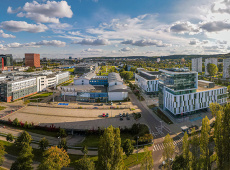 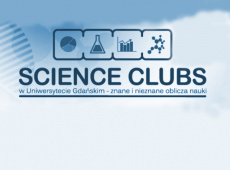 Congress of Economic and Ecological Student Clubs at UG 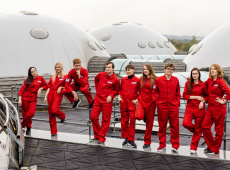 Moonbase project with algae on board. Awarded to a graduate student of Oceanography UG.