She revolutionised the approach to neurodegenerative diseases - dr Karolina Pierzynowska, a young researcher with a passion

She is less than 30 years old, a scientist and academic teacher at the Department of Molecular Biology, Faculty of Biology, University of Gdańsk, with great passion and ambitions. In her private life, she is a mother and a wife who, apart from her scientific and family life, can find time to pursue her interests, such as ballroom dancing. We talk to dr Karolina Pierzynowska about how to find yourself in so many roles at the same time and how to put your heart into them.

Where did your interest in neurodegenerative diseases come from?

I cannot answer the question when my interest in medical biology started. It seems to have always been with me. When I started studying biology I never once hesitated to choose this specialization, so the fact that I would be studying human diseases was obvious to me. Because of the choice of the Department of Molecular Biology as the graduation department, I suspected that it would be genetic diseases, as research on such diseases had been carried out in this department for years. However, my interest in neurophysiology, acquired during my second year of studies during exercises in human physiology, was so strong that I managed to combine molecular biology, genetics and neurophysiology, adding another disease to my research, the pathogenesis of which should be sought beyond genes.

You are young, yet you have many scientific awards to your credit.

Indeed, the research I am conducting is generating a great deal of interest. On one hand, because of the rather spectacular results, I get, and on the other hand, because of the huge demand for the development of therapies for neurological diseases. This research has brought me many honours, including the Award of the Polish Academy of Sciences, the Scholarship of the Minister of Science and Higher Education, the Jan Uphagen Award of the City of Gdańsk for Young Scientists, the START Scholarship of the Foundation for Polish Science, and the L'Oreal-UNESCO Scholarship 'For Women and Science'.

I devote a large part of my life to scientific work, but I do it with great joy. I have several scientific articles published in international journals. I am also eager to participate in research projects. I have also completed an internship at the Laboratory of Molecular Neuropathology, Department of Biochemistry, Blanchette Rockefeller Institute, West Virginia University in Morgantown, USA.

The recent research you have been involved in has earned UG a patent for the use of genistein in the treatment of Alzheimer's disease. This is a major discovery that has revolutionised the approach to neurodegenerative diseases.

Neurodegenerative diseases have until now been considered incurable. We have shown that genistein, a flavonoid found in soya beans, among others, has great potential for the treatment of Huntington's disease and Alzheimer's disease. This discovery was the basis for our patent applications.

We have been researching since 2016. Initially, the results indicated that genistein was quite effective in removing pathological proteins that cause Huntington's disease. After a year, we extended this research to Alzheimer's disease. Also with success. So we started studies on animal models, which are now ongoing. I think nothing will happen if I disclose that in both diseases genistein shows improvement in sick animals. Furthermore, in a mouse model of Huntington's disease, this isoflavone given at an advanced stage of the disease can reverse the progression of the disease in less than two months. I think genistein has great potential to become a cure for the diseases described.

How did it all start?

At the Department of Molecular Biology of the UG, research on finding a cure for Sanfilippo disease has been going on since about 2004. The head of the department, prof. dr hab. Grzegorz Węgrzyn is the creator of a therapy based on the action of genistein. However, he used completely different properties of genistein in the case of this disease than those currently used to treat Alzheimer's or Huntington's disease. In his research, he found that genistein activated the degradation of pathogenic proteins in cells. As I was then a first-year doctoral student, we decided to use this knowledge and see if genistein, due to its newly discovered properties, could remove proteins responsible for neurodegenerative diseases. We started with Huntington's disease. Then, after receiving positive test results, we extended this to another disease. And so on...

What exactly are you investigating - what conclusions have you already reached?

I try to approach the problem in the broadest possible context. Neurodegenerative diseases are multisystem diseases that cause a range of symptoms in the body. As I am a biologist, not a doctor, I conduct research on experimental therapies, not yet with patients. Most often I use cellular and animal models that mirror diseases that occur in humans. Initially, I tested the effectiveness of genistein in degrading the pathogenic proteins that cause these diseases in in-vitro cell cultures. The results of these experiments exceeded our wildest expectations, which opened the way to animal studies. There, many more things could be investigated. First and foremost was the effect of genistein on symptoms. In both diseases, we tested whether animals could be cured of memory disorders, anxiety behaviour disorders, and motor abnormalities. These were a whole series of so-called behavioural tests, which ultimately indicated that in some aspects the animals treated with genistein were completely indistinguishable from healthy animals. Then, of course, we determined whether, with the improvement in the condition of the mice/rats, the underlying causes of these diseases are also removed at the molecular level, i.e. whether the level of pathogenic proteins in brain structures is reduced. In the case of Alzheimer's disease, we have already reached this stage. The results of our work showing improvements in both animal behaviour and decreases in toxic proteins in the brain have already been published. As for Huntington's disease, the project of which I am a director is already in its final stages.

What route does a drug have to take from discovery in the lab to reach potential sick patients it could help. At what stage is the team of researchers from WB UG?

The medical community has taken a great interest in our research. Many doctors have offered to cooperate, and we are very open to this. However, we are mindful that the cost of doing this work with patients is very high, and clinical trials are very time-consuming. Moreover, the fact that there is an ongoing pandemic does not help. Contacts with patients are difficult and fewer people are willing to participate in experimental trials. Is genistein an opportunity for more effective treatment? We think it is. Will it work for people? We do not know. What we can say for now is that the animal model trials have been very successful. There are rumours that some patients in Poland have decided to take high isoflavone supplements after reading about our research results. We know that these people are seeing positive effects.

However, the path from discovering the effectiveness of a substance in the laboratory to administering it to patients is neither quick nor strewn with roses. It takes a lot of resources (mainly financial), organising a clinical trial, involving many groups of people and, above all, a lot of time. Such studies can take years.

Please tell us the secret of such a good organisation. A day has only 24 hours... Have you found a way to extend it, because apart from your academic and family life you also find time for other things, such as your passions.

Unfortunately, my day also consists of 24 hours. Often I am faced with the choice of doing an evening extra analysis for work, spending time with my daughter or a hobby. My choice then depends on the current greatest demand and situation. My daughter's school duties always come first. I try to make them more pleasurable at least to some extent so that we can both have a good time. We are both fans of various types of artwork, so we have a lot of fun together by incorporating this form of activity into our homework. I also try to put a lot of emphasis on physical activity as I find it refreshes the mind before returning to academic work. I see it as a kind of duty rather than an activity done "when I find the time" because then I certainly wouldn't find it. In the evenings, I revisit the analyses done for my scientific work. The time for drawing or jigsaw puzzles, which I consider my hobby, is left for longer breaks such as summer holidays, winter holidays and public holidays. The key to fitting so many activities into my schedule is not to make excuses, to prioritise and to have a plan for the day that I get out of bed with. 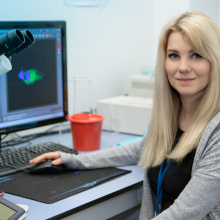 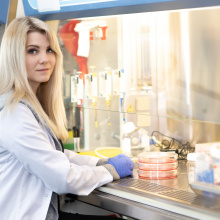 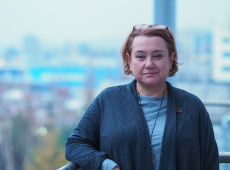 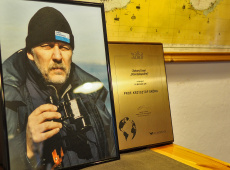 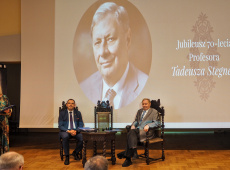 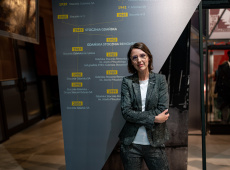 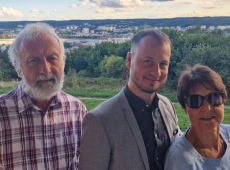