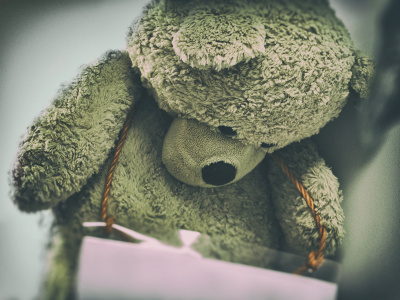 Although the statistics provided in the Children's Rights Ombudsman's report show that social consent for corporal punishment in Poland is decreasing year by year, the approval for hitting children is still disturbingly high in our country. The research shows that 58% of respondents agree that there are situations when a child should be spanked, and 32% believe that 'the so-called spanking has never harmed anyone in particular'.

April 30th is World Day against Smacking Children. Dr hab. Małgorzata Lipowska, prof. UG from the Institute of Psychology, Faculty of Social Sciences, a specialist in clinical psychology, child and youth psychotherapist, Voivodship Consultant for Clinical Psychology, talks about how to help a child who experiences violence, the key role of witnesses, as well as the consequences of violence, often long-lasting and very deep.

The exact scale of violence is not known. Police statistics only present a picture of crimes disclosed and reported and the rest...? However, it should be stressed that in the current situation of the COVID -19 pandemic, the number of the youngest victims of violence will increase - the closure of schools has contributed to this. For an abused child, leaving home for school was the only chance to disappear from the eyes of the perpetrator for a while.

In Poland, beating children is a more serious problem than it may seem. The greatest challenge is to change the mentality of adults, who do not regard a slap, a nudge or a pull on the ear as expressions of violence. The still-popular statements 'a butt does not break like a glass' result in the so-called double standard 'I am against violence unless it is an educational smack'.

The most vulnerable, and thus at risk of violence, are the youngest children, i.e. those aged 0-3 years. This group of children not only cannot defend themselves but are not even able to escape or move away from the perpetrator of violence. In addition, they are the least resistant to injury, so they become the largest group of victims of domestic violence, for whom the consequences can be disability or death. Most children who experience violence are under 10 years old.

Violence is understood in a broad sense. The definition created by D.G. Gill states that "Child abuse is any action or inaction by individuals, institutions or society as a whole and any result of such action or inaction that tramples on the equal rights and freedoms of children and/or interferes with their optimal development." The most common distinctions are physical violence, emotional violence, sexual violence and neglect.

Awareness of the harm of violence against children has a short history, as the first reports by forensic doctors and clinicians on the subject appeared in the late 19th century. The consequences of violence are long-lasting and sometimes very profound. How devastating they will be, depends on their strength and the operation of protective factors. There is a wealth of research evidence on the adverse effects not only of physical punishment or spanking but also of shouting on a child. There is irrefutable research evidence that systematic spanking produces effects similar to those associated with so-called severe corporal punishment. Early exposure to shouting (or insulting the child) disrupts the development of areas of the cortex associated with auditory association building involved in language processing, which is associated with, among other things, poorer comprehension of verbal instructions.

Akemi Tomoda and her team have shown in their study that hitting children leads to adverse neurological changes in the brain, which manifest themselves in cognitive disorders, impaired concentration of attention. They observed much lower grey matter densities in the right medial frontal cortex in physically punished children. And the prefrontal cortex is an area of the brain that, among other things, is an expression of our personality, associated with planning cognitively complex behaviour, distinguishing right from wrong, controlling impulses and processing emotions.

Especially on the occasion of World Day against Child Abuse, it is worth reminding that each one of us can help a child who is experiencing violence. The role of witnesses is crucial here. See, hear - react! In Poland, there is still a misconception, often represented by criminal groups, that reporting a crime is snitching. It must be strongly emphasised that if someone is hurt, we must react. There are no neutral witnesses; indifference is also a reaction. It is always good to draw on your own empathy and ask yourself if I were in the victim's situation, would I want someone to help me, for example by calling the police?

Therefore, let us NOT close our eyes, no amount of physical violence is acceptable. Let us react! The high statistics on violence are due to the sin of omission - WE, the adults living next door to the abused children, are obliged to help. If not us, then who and when? 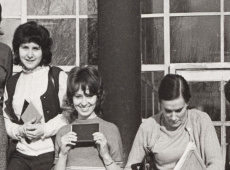 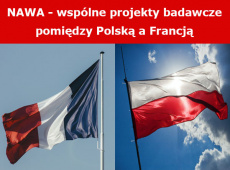 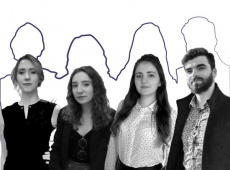 UG students created an app for people with social phobia 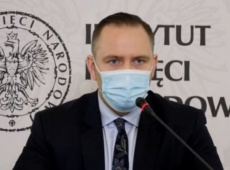 Dr Karol Nawrocki, a graduate of the Faculty of History of the University of Gdańsk, won the competition for the chairperson of IPN