The deep-sea is one of the least understood areas of our planet. This great abyss is often seen as a frontier area for life, due to the lack of light, high pressure, limited nutrient availability and extreme temperatures ranging from 2-4°C in most habitats to over 100°C in areas with hydrothermal fields. Photo: Pixabay

- 'Even though water covers more than half of the Earth's surface and is home to 2 to 20 million different species of living organisms, the deep sea is one of the least studied areas of our planet,' says prof. dr hab. Tadeusz Kaczorowski from the Department of Microbiology at the Faculty of Biology of the University of Gdańsk, who won a grant to study the biosphere of the ocean depths.

The project 'Limits of life: diversity, adaptive strategies and biotechnological potential of microorganisms living in the Arctic deep sea. (INDEPTH)' concerns research on the biosphere of the deep ocean and is carried out within the framework of the GRIEG competition, financed from Norwegian funds.

The very idea for the project was born at the junction of common interests of the Extremophile Biology Laboratory, the Department of Microbiology UG (represented by prof. dr hab. Tadeusz Kaczorowski), the Plasmid and Microbial Collection of the Faculty of Biology UG (represented by dr n. med. Anna-Karina Kaczorowska) and the laboratory of prof. Ida H. Steen from the University of Bergen.

- 'Although water covers more than half of the Earth's surface and is home to 2 to 20 million different species of living organisms, the deep sea is one of the least explored areas of our planet. This vast abyss is often seen as a frontier area for life, due to the lack of light, high pressure, limited availability of nutrients, and extreme temperatures ranging from 2-4°C in most habitats to over 100°C in areas with hydrothermal fields,' says prof. dr. hab. Tadeusz Kaczorowski. - 'Ocean depths are an almost primordial environment, giving us an insight into the conditions that accompanied the emergence of life on Earth. Because of their uniqueness, these depths may become a valuable source of biosources with potential applications in biotechnology. However, to date, the vast majority of the functional and biochemical diversity of microorganisms functioning in these habitats is hidden in microorganisms that we cannot grow in laboratories.'.

With this in mind, researchers from the University of Gdańsk and the University of Bergen want to research the unique biodiversity of microorganisms living in the depths and geothermal chimneys of mid-ocean ridges in the Arctic Sea, based on a modern metagenomic approach.

- 'It enables, thanks to advanced sequencing methods, the analysis of DNA isolated directly from the environment. Our main goal is to get to know deep-sea microorganisms through the analysis of metabolic pathways, adaptive strategies for living in extreme conditions, and characterisation of key proteins for their functioning,' adds prof. Tadeusz Kaczorowski.

The research potential of scientific teams is to be used for this purpose: prof. Łukasz Dziewit from the University of Warsaw and prof. Wojciech Rypniewski from the Institute of Bioorganic Chemistry in Poznań. The key partner in the project is the scientific team led by prof. Ida H. Steen from the University of Bergen in Norway, who for over 15 years has been dealing with ecology, physiology of Arctic environments and the use of Arctic microorganisms in the biotechnology industry.

As the UG scientists emphasise, this collaboration will enable the project to make use of the vast amount of metagenomic data and deep-sea samples collected during annual scientific expeditions to the Arctic.

- 'We expect that our research will have a significant impact on understanding the ecology and metabolism of extremophiles, with a particular focus on the biogeochemical carbon cycle, and will advance knowledge of the evolution and adaptive strategies associated with life in extreme habitats. We will also develop an understanding of enzymes operating in extreme conditions, which are characterised by unique properties often sought after by the biotechnology industry. It is worth adding that most of the enzymes used in the COVID-19 diagnostics originate from these inconspicuous microorganisms inhabiting habitats with extreme conditions,' explains dr n. med. Anna-Karina Kaczorowska.

According to the UG researchers, the deep sea is now becoming an area of biological resource exploration and in many respects, the future depends on its sustainable use. Efficient and skilful exploitation of marine resources will be increasingly important in supporting the growth of the blue economy in Europe.

The total funding granted by the National Science Centre for the project is EUR 1.5 million. 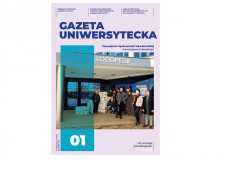 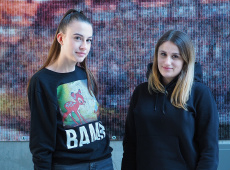 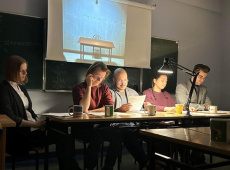 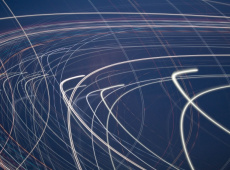 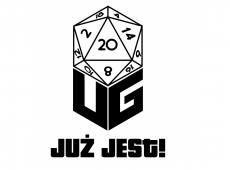