50th anniversary of the University of Gdańsk foundation

20 March marks the 50th anniversary of the University of Gdańsk foundation. The half century anniversary came during difficult, unsuspected time. The traditional celebrations, including the concert on 19 March, were called off. The March’s scheduled debates, meetings and conferences will not take place. Together with our media patrons we prepared series of media articles, interviews, reviews of the history of University of Gdańsk and achievements of our scientific community.

Professor Jerzy Piotr Gwizdała, Rector of the University of Gdańsk:

It is a difficult time for all of us, including our university and entire academic community. Preventing the spread of coronavirus became the most important task at hand. We are all taking the exam in responsibility, but thanks to the massive commitment from our scientists, academic, non-academic staff and students we are able to maintain smooth functioning of the university. Our entire academic community deserves their due recognition. I would like to wish all of you, our whole community, further perseverance and future outstanding achievements, at the same time I am convinced that this difficult time will only make us stronger. We began our half century anniversary celebrations in March 2019 and associated events took place throughout the whole year. We put much effort to make those celebrations extraordinary, just as extraordinary is our anniversary. We do not cancel the celebrations only postpone them until October, so that we can celebrate together with our academic community, local community, friends and guests.

Prof. dr. hab. Stefan Angielski for his fundamental contribution to create modern clinical biochemistry school in Gdańsk and for his actions uniting and integrating Gdańsk academic and medical communities.

Prof. dr. hab. Zbigniew Grzonka for his fundamental contribution to the dynamic growth of the University of Gdańsk, for creating the renowned Gdańsk scientific school of amino acids and peptides chemistry and for his actions uniting and integrating Gdańsk academic communities.

Prof. dr. hab. Edmund Wittbrodt for his long-standing advocacy of Polish science and education and for his actions uniting and integrating Gdańsk academic communities.

The day before, on 1 October 2020 in St. John’s Center Gdańsk, Leszek Możdżer’s concert, University of Gdańsk Academic Choir’s concert and guest performances will take place. You will be able to enjoy the recital, choir mass, jazz trio and solo baritone “Missa Gratiatoria”. The concert will be preceded by the ecumenical prayer.

Multiple additional anniversary events are also going to take place as a form of celebration, like: UG history conferences “The University of Gdańsk and its history”, “UG Sopot Center Alumni facing the challenges of the present” and scientific events prepared by faculties, open debates, alumni meetings. There are also concerts scheduled, like the ones from Konstanty Andrzej Kulka, with Capella Gedanensis, who will perform Karol Lipiński pieces in Polish Baltic Philharmonic and Kashubian and Jewish songs concerts performed by Capella Gedanensis. Also fun anniversary picnic, organized by the UG Student Parliament, and sporting events (The University of Gdańsk Sport Day, National Female Handball Competition – commemorating the 50th anniversary and the alumni football match) will be held. We will inform you about the specific dates on https://50.ug.edu.pl/ website.

Prof. UG dr hab. Arnold Kłonczyński, Vice-Rector for Students Affairs and Education, wrote the following in his anniversary piece regarding the history of the university:

Since its foundation, the University of Gdańsk has consistently been building its scientific recognition. At the same time, the community has been formed, which has been no place for ethnic, religious or worldview exclusion. Those values made UG a socially responsible university, where the sustainable growth of Pomorskie Region is a major part of its mission.

We celebrate half century anniversary of the University of Gdańsk and 75th anniversary of Tricity university traditions, remembering our predecessors: State Higher School of Maritime Trade in Gdynia and Gdańsk Oliwa School of Pedagogy. In 1945 the first one was converted to Higher Economic School in Sopot, the second to State Higher Pedagogical School. The University of Gdańsk was created out of the merger of those two schools.

dr Beata Czechowska-Derkacz, Spokesperson of the University of Gdańsk 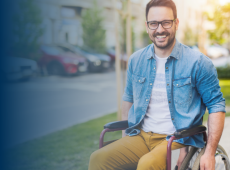 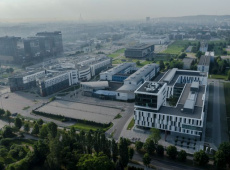 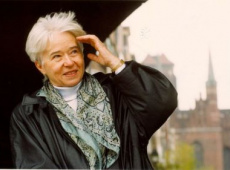 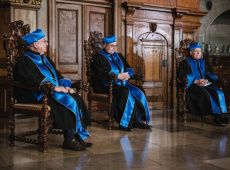 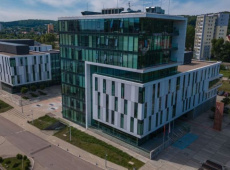