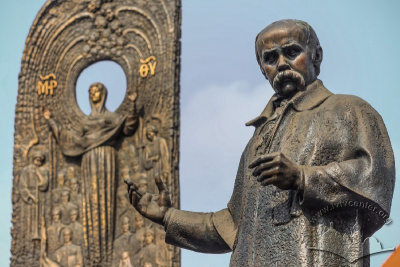 Monument to the writer and artist Taras Shevchenko in Lviv

In 1991, the Ukrainian Soviet Socialist Republic ceased to exist and Ukraine declared its independence, and Poland was the first country to recognise this act. Since then, there has been a process of Polish-Ukrainian reconciliation, which, despite difficult periods and disputes over history, has continued, as we have seen in recent days. Dr hab. Magdalena Nowak, prof. UG from the Department of Modern Polish History, Institute of History, Faculty of History, UG, reminds us about the history and history of Ukraine.

It's difficult to describe in short words the history of Ukraine, which is more than a thousand years old and whose origins date back to the time before the rule of the Rurikikov dynasty and Kievan Rus'. The prominent Ukrainian historian Ivan Lysiak-Rudnytskyi dates the early period of Ukrainian history to before the formation of Kievan Rus, between the 6th and 9th centuries. Historians point to the great importance of Norman influence in the formation of Kievan Rus', which by the 11th century was already a strong, Christian and very extensive state, stretching from the White and Baltic Seas to the Black Sea, from which today's Ukraine historically derives. A very important event in the history of Rus was the adoption of baptism in the Greek rite from Byzantium by Prince Vladimir the Great.

Starting in 1240, for the next 200 years, the so-called Mongolian era lasted in the history of Ukraine. At that time Kievan Rus' was in a period of regional disintegration. This was also the period when the Principality of Vladimir-Suzdal fell away from the Rus, which gave rise to the Grand Duchy of Moscow and later Russia. The Ruthenian principalities did not fall under the direct rule of the Mongols, but were subject to their authority and paid burdensome tribute. As a result of these perturbations, in the 14th century, the western and central parts of Rus came under the rule of the Grand Duchy of Lithuania. After the personal union of the Polish Kingdom with Lithuania, the Duchy of Halicko-Włodzimiersk became part of the Crown (Red Ruthenia) and part of the Grand Duchy of Lithuania (Volhynia and Kamieniec Podole). In turn, after the Union of Lublin in 1569 all these Ruthenian lands were incorporated into the Crown, with which they were connected until the partitions of Poland.

The time when Ruthenia was part of the Polish-Lithuanian Commonwealth left a strong mark on the history of Ukraine. During this period, the Union of Brest in 1596 led to the establishment of the Uniate Church (now the Greek Catholic Church), which played a significant role in the formation of modern Ukrainian national consciousness in the 19th and 20th centuries. During this period, the mighty Ruthenian families were accepted into the "political nation" of the Rzeczpospolita. As a result of this, the Ruthenian nobility, converting to the Uniate and then Roman Catholic Church, became Polonised and Latinised, causing the future Ukrainian nation to lose its elites to Polish culture. In the 19th and 20th centuries, the upper classes had to shape themselves anew, which among other things delayed the process of nation-building. The Chmielnicki Uprising of 1648 and his alliance with Russia in 1654 were very important at that time. (These, although they ensured the autonomy of the Cossack state for a while, in effect brought Ukraine under direct Russian influence.

As a result of the partitions of Poland at the end of the 18th century, the Ruthenian lands became part of the Habsburg monarchy (Galicia and Bukovina) and the tsarist empire (the Transnistrian Ukraine). Despite this division and the need to form new elites, at the turn of the 19th and 20th centuries a modern Ukrainian nation was formed, which at the end of World War I created two Ukrainian states: the Ukrainian People's Republic and the West Ukrainian People's Republic. Between 1918 and 1919, a Polish-Ukrainian war took place over Lviv and Eastern Galicia. In January 1919, The Pilsudski-Petlura alliance of April 1920 led to the expulsion of the Bolsheviks from Kyiv, but after the Riga Treaty of March 1921, concluded between the Second Polish Republic and Soviet Russia, Transnistrian Ukraine was incorporated into the Bolshevik state, while Galicia, western Volhynia and Podolia became part of the Second Polish Republic.

The inter-war period and the time of the Second World War was a period of growing Polish-Ukrainian conflict, the main cause of which was the overlapping of national aspirations and the unrealised project of a Ukrainian nation-state. The conflict between the two nationalisms, the repressive measures taken by the Polish state in the interwar period and the events of the Second World War resulted in the tragic anti-Polish OUN-UPA campaign in Volhynia and Eastern Galicia in 1943-44. According to estimates by Polish and Ukrainian historians, it claimed around 100 000 victims on the Polish side, and around 10 000 on the Ukrainian side. To this day, it arouses strong emotions, especially on the Polish side, making reconciliation between the Polish and Ukrainian people difficult.

Between 1929 and 1933, Stalin's planned action in Ukraine resulted in the Great Famine, which claimed, according to various estimates, between 5 and 10 million victims. During the Second World War, Ukrainian territory was the scene of heavy fighting, frontlines crossed and mass murder of the Jewish population. The territory of the Second Polish Republic, inhabited by Ukrainians, fell under Soviet (1939-1941) and German (1941-1944) occupation. Afterwards, as a result of the Yalta Conference, the former territory of the Second Polish Republic (Eastern Galicia, Western Volhynia and Podolia) became part of the Ukrainian Soviet Socialist Republic. In 1947, the authorities of People's Poland, probably with Soviet support, carried out mass deportations, combined with repressions, of Ukrainians, Boykos, Lemkos and Dolinians from south-eastern Poland to the so-called Recovered Territories. Only some of the resettled managed to return to their homeland after 1956, while most of their descendants still live in northern and north-western Poland.

In 1991, the Ukrainian Soviet Socialist Republic ceased to exist, and Ukraine declared its independence, Poland being the first country to recognise this act. Since then, there has been a process of Polish-Ukrainian reconciliation, which, despite difficult periods and disputes over history, has continued, as we have seen in recent days.

In difficult moments for Ukraine, during the Orange Revolution in 2004 and the Revolution of Dignity in 2013/14, Polish society and Polish political elites supported the pro-European and democratic aspirations of the Ukrainian people.

Thousands of Ukrainians live and work in Poland. Poles and Ukrainians have been able to accept a difficult history and think about the future. Established family, friendship and professional ties, mutual understanding and empathy create a space for cooperation and partnership. 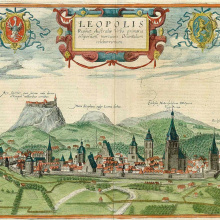 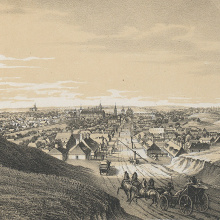 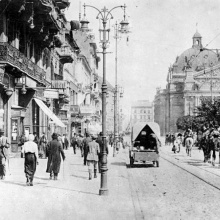 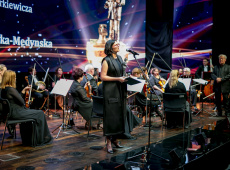 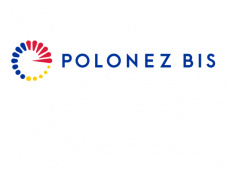 Researchers from UG as winners of POLONEZ BIS 1 competition 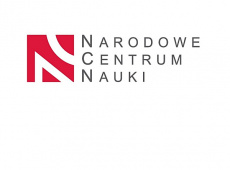 PLN 15 MILLION WILL GO TO SCIENTISTS FROM UG! 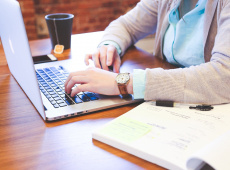 PUBLICATION IN SCIENTIFIC JOURNALS - RECOMMENDATION BY THE RECTOR-DEAN'S OFFICE 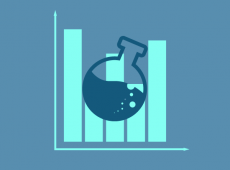