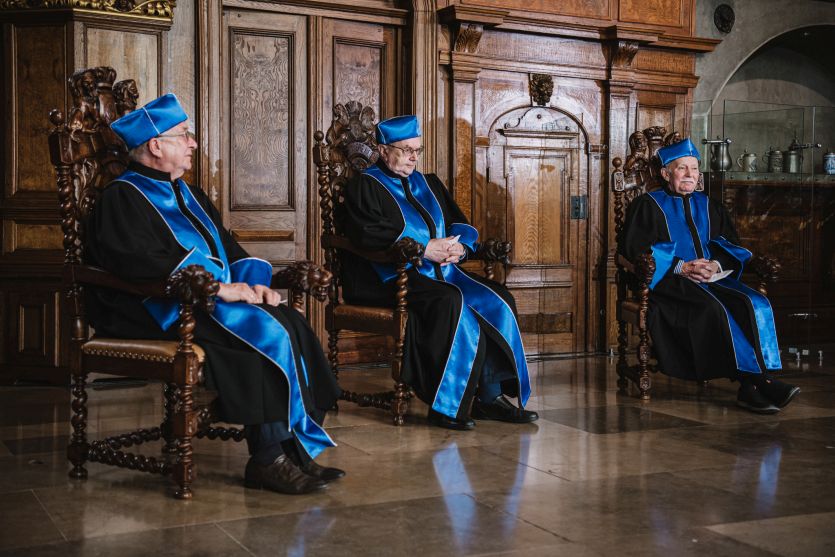 Prof. dr hab. Krzysztof Bielawski, Vice Rector for Development and Cooperation with Business and Industry, acting Rector of the University of Gdańsk, emphasized the significance of authority figures, like the honored rectors seniors, during this difficult time marked by the temptations of ethical relativism and the overly loose interpretation of incontestable values.

- On both institutional and personal level, we need torchbearers, people who have recorded their own history through years of hard, passionate, dedicated work and created a distinctive code, a moral standard for next generations to follow, to get encouraged by, to refer it and constantly remind the significance of academic values, like truth, responsibility, communitarization, openness, freedom of science and thought, which are inseparable building blocks of the university – stated Professor Bielawski.

Prof. dr hab. Piotr Stepnowski, the official host of the ceremony and the promoter of honorary doctorates, reminded that people awarded with the University of Gdańsk honorifics, not only create our history but also define values of our University:

- When speaking of the rectors seniors, I think mostly of the idea of solidarity. All three of them, apart from their contribution to science, were awarded for << actions integrating Gdańsk academic society>>. The value that cannot be overstated. It was significant in the past, and the place, Gdańsk – a city of Solidarity, only added to it. However, it must be stressed that this value has become increasingly relevant now, due to several social factors and, on the academic level, due to undergoing reforms combined with challenges they bring to universities. We can face those challenges and work together to establish strong, integrated and competitive European academic center in Gdańsk – summarized Professor Stepnowski.

Prof. dr hab. Stefan Angielski, Professor of Medicine, outstanding scientist, specialist in clinical biochemistry and pathobiochemistry of kidneys, Member of the Polish Academy of Sciences, Recipient of the Order of Polonia Restituta, one of the originators of the Intercollegiate Faculty of Biotechnology UG and MUG and the Academic Computer Network, he set up the Department of Hematology at the Medical University of Gdańsk and the Department of Laboratory Medicine at the Faculty of Pharmacy of the Medical University of Gdańsk.

Prof. dr hab. Zbigniew Grzonka – chemist, Professor of Engineering, specializing in organic chemistry and amino acid and peptide chemistry, outstanding scientist – originator of the school of thought in researching relationships between peptide hormone structure, opioid peptide, cysteine proteas substrates/ inhibitors and their biological activity, winner of multiple prestigious prizes, associated with the University of Gdańsk since the start of his academic career, cofounder of two foundations supporting the University: Foundation for the Development of the University of Gdańsk and Johann Gottfried Herder Foundation.

Prof. dr hab. inż. Edmund Wittbrodt – engineer, Professor of Technical Sciences, outstanding scientist specializing in machine building and utilization, theoretical and applied mechanics, automatic control engineering and robotics, biomechanics, space and satellite technologies, Member of the Polish Senate from 1997 to 2015, Minister of Education from 2000-2001, Chairman of the Kashubian-Pomeranian Association, actively worked toward Polish accession to EU, he was a Member of the European Parliament (2003-2004), Member of the Parliamentary Assembly of the Council of Europe, Convention on the Future of Europe Member, Chairman of the EU Institutional Matters Commission.

‘With great joy and satisfaction, I accepted the function of Professor’s Stefan Angielski Honorary Doctorate laudator from His Magnificence, Rector of the University of Gdańsk, because as researcher and biochemist I am able to understand how great of a scientist he is and how much his research and organizational work contributed to establishing a nationally and internationally renowned school of clinical biochemistry at the Gdańsk Medical Academy (currently Gdańsk Medical University). (…) Rarely does one meet a scientist with such a broad spectrum of interests and multitude of accomplishments, possessing expertly structured knowledge on clinical biochemistry and laboratory diagnostics. His contributions to both, global and Polish science were awarded with multiple prizes and recognitions’ - prof. dr hab. Ewa Łojkowska, laudation of prof. dr hab. Stefan Angielski.

‘The outstanding scientific achievements of Professor Zbigniew Grzonka and his coworkers are recognized and highly regarded by the international academic community, as evidenced by the high citability of his works and the fact that Professor is one of only 28 researchers who contributed (twice or more) to the high Hirsch index score (127) of the University of Gdańsk. He is an extremely diligent and reliable person. Years of his scientific and academic activity made him a renowned and respected scientist in Gdańsk, Poland and worldwide. His scientific discoveries permanently enriched the knowledge of amino acid chemistry and biochemistry, peptides and proteins, whereas his personality traits and interpersonal relationships stance are a model to be followed, significantly contributing to the creation of academic ethos. His name has gone down the annals of raising the importance and prestige of our Alma Mater’ - prof. dr hab. inż. Jerzy Błażejowski, laudation of prof. dr hab. Zbigniew Grzonka.

‘Professor Edmund Wittbrodt is an example of researcher and academic teacher who has been able to combine highest quality of research and education works with social activity, including parliamentary and political activity on national and European levels. Among other things, he significantly contributed to the improvement of Polish-German relations and to the Polish integration with the European Union. His attitude toward life has clearly shown that he has been a man of dialogue, openness and cooperation, man of reconciliation, combining Polish patriotism, his love and dedication to local Kashubian and Pomeranian traditions, with focus on the future, on friendship and cooperation between the nation of Europe, on the common faith toward difficult European and global challenges’ - prof. dr hab. Józef Borzyszkowski, laudation of prof. dr hab. Edmund Wittbrodt.

devised by dr Beata Czechowska-Derkacz, Spokesperson of the University of Gdańsk 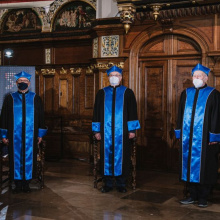 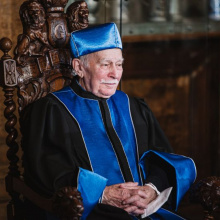 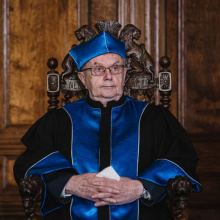 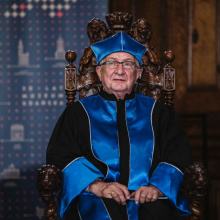 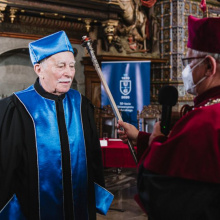 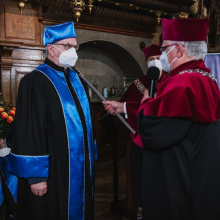 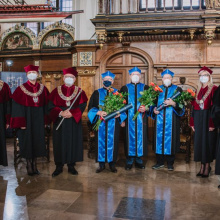 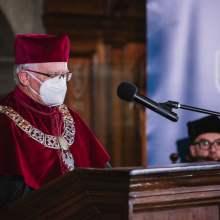 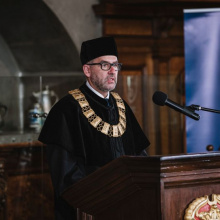 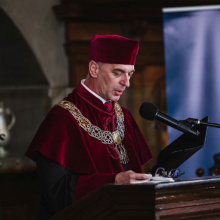 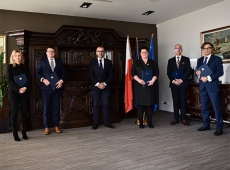 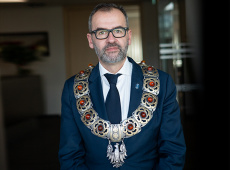 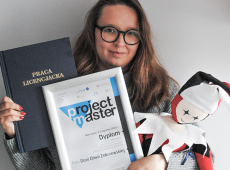 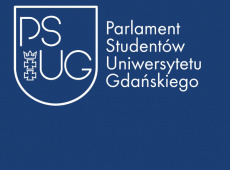 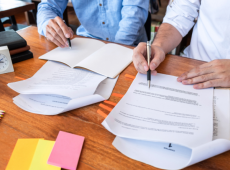 Tutoring for University of Gdańsk students