The truth about eutrophication of the Baltic Sea. A joint position of MIR, UG and PAN

The three largest national institutes involved in marine research - the Sea Fisheries Institute, the Institute of Oceanography of the University of Gdańsk and the Institute of Oceanology of the Polish Academy of Sciences - have presented a joint position on the protection of the Baltic Sea. Subsequent announcements by scientific circles on the state of the Baltic are meant to be a way of verifying untrue information commonly circulated by the public.

- 'Our joint position is a direct response to an open letter from mgr inż. Grzegorz Hałupek to the Scientific Council of SFI,' informs dr hab. Mariusz Sapota, prof. UG from the Faculty of Oceanography and Geography, UG. - 'Mgr Grzegorz Hałupek, is a member of the Scientific Council of SFI. During its meeting, his open letter was discussed and statements were formulated, which later appeared in a joint statement,' he adds.

Mgr inż. Grzegorz Hałupek requests that, given the complete collapse of the ecosystem of the eastern part of the Baltic Sea, the SFI expand the scope of the research presented in the scientific paper 'Eutrophication in the Baltic Sea – necessity of a holistic approach to the problem' by the SFI scientists.

An issue raised in the common position is the inaccuracy about the crisis in Baltic fisheries due to a lack of nutrients and phytoplankton, which would result in a poor food base for fish. Supporters of this thesis believe that there is no eutrophication in the Baltic Sea (caused by excess nitrogen and phosphorus) and that the reason is a lack of these elements and food for fish.

The fact is, however, that the Baltic Sea, due to its location and its semi-enclosed basin, surrounded by agricultural areas, receives large quantities of nitrogen and phosphorus compounds from fertilisers that flow down the rivers. The accumulation of these elements causes an intensive increase in the biomass of phytoplankton. After dying, these organisms sink to the bottom, where their decomposition consumes oxygen, resulting in the formation of anaerobic zones. International water purification efforts and modern agricultural methods have for years reduced the amount of nitrogen and phosphorus compounds reaching the Baltic Sea. Unfortunately, under anaerobic conditions phosphorus reserves accumulated in the Baltic bottom sediments are released back into the water. According to studies, excessive amounts of phosphorus will remain active for several decades, causing continuous algae growth.

- 'We felt that this publication could not be left without a firm response from the scientific community. The formulations contained in this paper are general and widely known facts about the Baltic Sea, confirmed by numerous publications,' explains prof. UG Mariusz Sapota. In his opinion, it is important to prepare, from time to time, similar short notes on other important issues concerning the Baltic, which are the cause of numerous false information commonly circulated by the public. 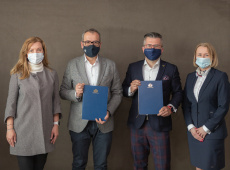 Environmental education and activities for the protection of the environment. Agreement with Hevelianum 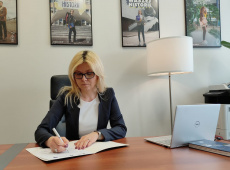 New IT system from Microsoft at UG 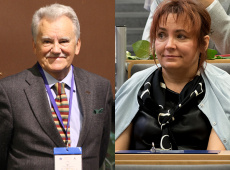 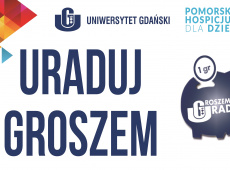 "Raise a penny" - action of the UG Students' Parliament 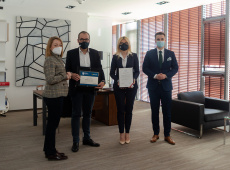