For the third time, Times Higher Education has published a compilation of universities implementing the 17 Sustainable Development Goals set out in Agenda 2030. The University of Gdańsk scored highly in terms of implementing Goal 14, 'Living underwater', being ranked between 101 and 200 out of 379 participants from around the world. It is ranked in the same range in terms of achieving Goal 11 'Sustainable cities and communities' (out of 656 universities), ranking 1st in Poland.

Times Higher Education has compiled a list of universities committed to solving the most relevant global problems of today's world such as poverty, social inequality, insufficient access to knowledge, climate change or environmental devastation.

In THE Impact Rankings, published on April 21, 2021, the University of Gdańsk was ranked very high in terms of its contribution to Goal 14 'Life Under Water', by protecting the oceans, seas, marine resources and sustainably exploiting their potential. In this category, UG was listed as the only Polish university and ranked between 101-200 out of 379 participants from around the world. This result confirms a strong position of the University of Gdańsk (co-founder of the European University of the Seas, SEA-EU) among higher education institutions conducting research and education related to maritime issues.

The University of Gdańsk achieved a high position also in the implementation of Goal 11 'Sustainable cities and communities'. - i.e. range 101-200 out of 656 universities assessed under this Objective, thus ranking 1st in Poland out of 5 listed national universities. The listing captures the University's contribution to efforts aimed at eliminating the negative effects of rapid urbanisation, improving resource efficiency, reducing pollution, access to basic services, energy, housing, transport and others to make cities safe, stable, sustainable and inclusive.

For the first time, the University of Gdańsk has measured up to Goal 5 'Gender Equality' in this edition of the ranking. The actions taken to strengthen the position of women at UG made it possible to rank between 301-400 out of 776 listed institutions from all over the world and take 2nd place in Poland (after the University of Warsaw) out of 5 national universities competing in this criterion.

In the global ranking including all 17 Goals participated 1115 best universities from 94 countries, including 12 from Poland.

THE Impact Rankings reflect the current trend in the discussion on assessing the social and economic importance and influence of universities. Apart from the scientific and educational activity of the University the ranking also takes into account the activities within the so-called third mission of the University and its social and economic involvement. Thus, the ranking promotes and highlights the importance of these activities, the University's contribution to the global development agenda and its impact on improving the quality of life, environment and climate. The high position of the University of Gdańsk in this ranking, both in terms of environmental and social activities, confirms its strength in selected areas of scientific specialisation as well as the importance of conducted research, education, cooperation with the social and economic environment for the development of the city of Gdańsk and the entire region.

The evaluation of the University's impact on the implementation of Sustainable Development Goals is based on precisely selected indicators, individual for each goal category. More about the methodology. 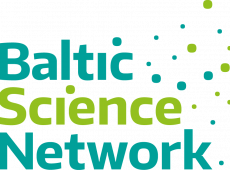 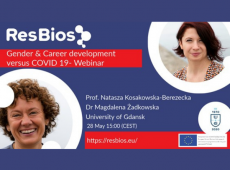 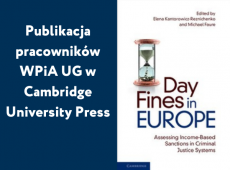 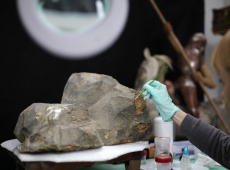 Mysteries of the Crown of Gdansk. Conservation research and a series of lectures at UG and IKM on St Mary's Church. 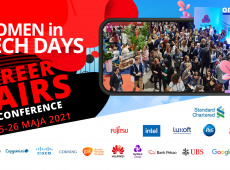