The Flag Day of the Republic of Poland is a holiday established in 2004. Ewa Karolina Cichocka talks to prof. dr hab. Beata Możejko from the Faculty of History of the University of Gdańsk about the heraldic meaning of the Polish flag's colours.

- We think that we know what the colours of our flag mean, but according to heraldry the answer is probably not that simple. What do the red and white colours mean?

- Heraldry, as an auxiliary science of history, deals essentially with coats of arms (crests enclosed in a shield), various knights', noblemen's and local government coats of arms: of cities, districts or provinces. For centuries heraldry has developed an established language to describe the so-called blazon of a coat of arms, referring not only to the position of crests in a shield but also to blazons. Heraldry distinguishes 4 basic colours: red, green, blue and black and two metals: gold - rendered by yellow colour and silver rendered by white colour. Their symbolism also has its origins in the Middle Ages, when we can talk about the symbolic play of colour, especially in the culture of chivalry. For example, red could symbolise fiery love and white could symbolise innocence and goodness. In heraldry, however, as I have already mentioned, white simply represented silver. Over the centuries heraldic colours acquired new meanings, according to or depending on cultural and historical conditions.

Heraldry is also interested in national emblems, in the case of Poland - a white eagle in a red field with a golden crown on its head, golden talons and a golden beak. This pattern evolved over centuries, but such an image, read as the emblem of Poland, can be traced back to the times of the last Piasts: Władysław Łokietek and Kazimierz Wielki.

Heraldry is connected with vexillology (from Latin: vexillium - flag, banner), which is an auxiliary science of history dealing with various vexilla, i.e. banners, colours and flags. The colours used in heraldry are reflected in vexillology. The very concept of a state flag was born in the modern world, where the colours of an emblem were transferred onto sheets of fabric. Some flags put the image of an emblem on colourful pieces of fabric, as well as those which only use colours. The Polish national flag, shaped over centuries, is composed of two horizontal stripes: white and red, and thus according to heraldic rules - refers to the colours of the national emblem - a white eagle in a red field. The top stripe - white - represents the white eagle, while the bottom stripe - red - represents the field of the coat of arms.

- For over 100 years our national flag has had its established colours and shape. The changing fate of Poland and our history have also influenced changes in the image of the flag. Were there many of them?

- As I have already mentioned, the state flag and the understanding of the white and red colours as the Polish national flag have evolved over centuries. In the Middle Ages, battle signs were transformed into flags, which in time were adorned with a crowned white eagle on a red cloth, symbolically referring to the land of Kraków, and later to the Crown. We must not forget that after the Polish-Lithuanian Union, the banners of the Republic of Poland bore the Pahonia coat of arms (the so-called Lithuanian Pahonia: a horse rider with a raised arm) referring to the Grand Duchy of Lithuania, next to the Eagle coat of arms. These two coats of arms were placed on a cloth of some neutral blazon, no longer necessarily related to the colours of the coat of arms. In the 17th century, white and crimson (red) colours appeared on the banners of various Polish units, on which various coats of arms were placed - denoting lands (voivodeships) or family coats of arms of hetmans. The formation of Polish national colours was interrupted by the partitions. During the Napoleonic wars, there was even an idea for crimson and blue colours. At the beginning of the November Uprising, the white bow gained popularity, but already in February 1831, by a parliamentary resolution, it was decided that the national bow would have the colours of the coats of arms of the Kingdom of Poland and the Grand Duchy of Lithuania, i.e. white and red. These colours were also to be used by the Polish army. The motif of a white and red bow accompanied the January Uprising, and also during World War I, as a symbol of independence aspirations. The name of the state flag of the Republic of Poland appeared in Polish legislation in the interwar period. In 1938 the state flag was defined as "a cloth with state colours", such a term also appeared in the legislation of the Polish government-in-exile. However, major changes took place during the People's Republic of Poland (constitution of 1952 and decree of 1955), when the eagle in the national emblem was deprived of its crown, and the flag was defined as a rectangular sheet of fabric in the colours of the People's Republic of Poland. In the 1980s, in addition to the flag made of two coloured stripes, a two-coloured flag with the PRL emblem placed in the middle of the white stripe was also used.

- The colours of the flag seem obvious, but what we hang on national holidays is not always appropriate. Are a flag and a naval ensign the same thing? And can we hang both in front of our homes or offices? 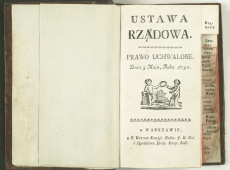 Historic and patriotic May 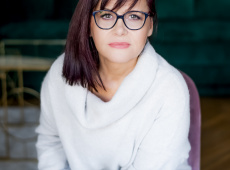 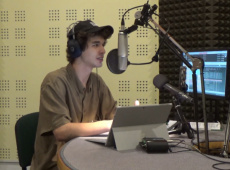 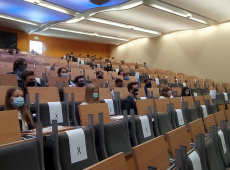 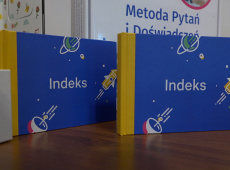