The research of the interdisciplinary team selected in the grant competition will concern the birth, development and transformation of the idea of biodynamic agriculture in Poland, as well as its implementation in Poland, Central and Eastern Europe. - 'This is an unusual project, as it involves close cooperation between humanists from various disciplines and representatives of sciences from Poland and abroad, as well as with economic entities aiming at the development of organic farming in Europe,' - says team leader Dr hab. Monika Rzeczycka, prof. UG from the Faculty of Philology of UG.

Biodynamics in Poland (1924-2024). Western esoteric philosophy as an impulse for modernity. Transdisciplinary research on the history of ideas. This is the title of the team's project, which received research funding from the Gdańsk Humanities Support Programme.

- 'This project is the next stage of transdisciplinary research on esotericism in Poland in the pre and post-war period, and, above all, on the emergence, dynamics and transformation of ideas proclaimed by leaders of esoteric circles as alternative proposals for the development of future civilisation,' explains prof. UG Monika Rzeczycka. These ideas not only inspired pre-war Polish culture but also influenced contemporary thinking about a modern - ecological - lifestyle.

Most members of the grant-awarded team participated in the implementation of one of the largest Polish humanities grants awarded in 2016-2019 by the MNiSW National Programme for the Development of the Humanities: Polish culture towards western esoteric philosophy 1890-1939, amounting to over PLN 1 million. It was implemented by the University of Gdańsk, and at the time the team consisted of 30 scholars from various academic centres in Poland and abroad. As prof. UG Monika Rzeczycka explains, the research strategy adopted by the interdisciplinary team was then and is now determined by the tools developed jointly in the Gdańsk Laboratory of Non-dogmatic Spirituality - an international research laboratory operating at the Faculty of Philology of the UG. They are based on Arthur O. Lovejoy's methodology of the history of ideas, which assumes research into the historical process of origin, development and transformation of ideas that make up human civilisation.

- 'The discoveries made in the previous project, concerning the influence of esotericism on the elites in the Second Republic of Poland, revealed many threads that required in-depth research, especially in the context of the impact of selected ideas on the present-day,' - explains prof. UG Monika Rzeczycka. - 'Now that the team has completed its research under the National Programme for the Development of the Humanities and published six volumes in 2019-2020: five in Polish under the common title Polish Esoteric Traditions 1890-1939 and one volume in English Polish Esoteric Traditions 1890-1939, we have decided to continue the work in smaller but closely cooperating teams that will examine in detail the threads discovered at that time,' she adds.

As stressed by prof. UG Monika Rzeczycka, very interesting discoveries include, for example, documents related to the birth and development of organic farming in the Second Republic of Poland, as a result of the direct influence of one of the most important esoteric trends in Europe at the beginning of the 20th century - anthroposophy, created by the Austrian philosopher Rudolf Steiner.

The concept of biodynamic agriculture found prominent adherents in the Second Republic of Poland, e.g. Senator Stanisław Karłowski, who used this method to run a 1500 hectare model farm in Szelejewo (Wielkopolska region), which before 1939 was probably the largest farm of its kind in the world.

As emphasised by members of the team, the almost completely forgotten history of pre-war biodynamics, which - in the opinion of its Polish supporters and propagators from the 1920s and 1930s - was to be the source of the global success of our agriculture (organic, i.e. healthy, conducive to holistic human development), is an object of further scientific interest. As announced by prof. UG Monika Rzeczycka, the research will concern the birth, development and transformation of the idea of biodynamic agriculture in Poland, as well as its implementation in Poland, Central and Eastern Europe before and after World War II.

- 'This is an unusual project as it involves a rare close collaboration between humanists from various disciplines and representatives of the sciences, also from foreign centres, but also with economic entities conducting activities aimed at the sustainable development of organic farming (biodynamics) in Poland and Europe, and thus at ecology in its broadest sense,' - says prof. UG Monika Rzeczycka. - 'This is research work aimed at changing our world for a bit better,' she concludes.

Palace in Koberwitz (today Kobierzyce near Wrocław), where on Whitsun 1924 dr. Rudolf Steiner, Austrian philosopher and founder of anthroposophy, gave a series of lectures on the idea of organic agriculture of the future, i.e. biodynamics. 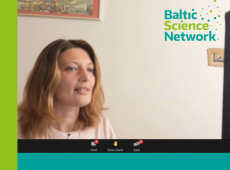 Baltic Sea Science Award 2021 for a doctoral student from UG 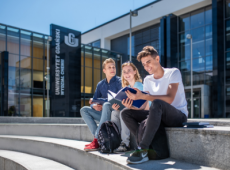 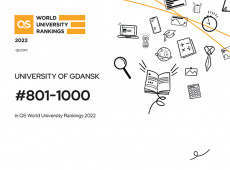 University of Gdańsk in the QS World University Rankings 2022 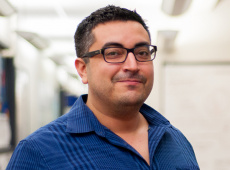 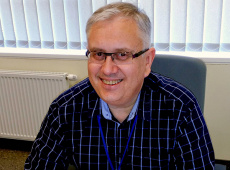 Prof. Janusz Rak from the Faculty of Chemistry UG is the winner of the CEUS-UNISONO competition