From religious celebrations to the relativity theory. The role of solar eclipses in science

On October 25 between 11:10 and 13:27 in Gdańsk we will be able to enjoy a partial eclipse of the Sun. At its peak, 41 per cent of our star will be obscured. It is worth remembering that this unusual coincidence, when two bodies with a very similar angular diameter can meet in our sky, has made a significant contribution to the development of science. We asked dr hab. Marcin Wieśniak, prof. UG from the Institute of Theoretical Physics and Astrophysics, about the role of solar eclipses in the history of our civilisation.

Probably the first association with a solar eclipse is the scene from Jerzy Kawalerowicz's 'Pharaoh', in which the priests use the covering of the Sun to strengthen the position of the chief. However, let us appreciate that they noticed the regularity of the occurrence of this phenomenon. For an eclipse to occur, the Moon must pass through one of two points in its orbit at a specific time. It took several thousand years for the Egyptian state to notice that similar eclipses occur in cycles of 18 years, now known as Saros cycles. Of course, the total eclipse belt runs differently each time, and the whole phenomenon can occur in a completely different region, but even the observation of an incomplete cycle allows future events to be predicted with some probability.

Another consequence of total solar eclipses is the possibility of observing the solar corona, protuberances, the outer layer of the star's atmosphere, and gas ejections from the photosphere, the 'surface' of the star. Images of the corona obtained with artificial apertures, i.e. coronagraphs, can be obtained primarily with observatories in space, such as SOHO, or the Webb telescope. For a long time, therefore, total eclipses were the only opportunity to study the corona. The plasma in this region reaches temperatures of several million degrees Celsius. The solar corona was once thought to contain unknown elements, but it turned out that the strange properties of its light were due to the iron it contained.

Eclipse and occultation phenomena (when the Moon covers a bright star) have also contributed to the study of the Moon's surface. Let's start with edge-on occultation, a situation in which a star moves against one of the Moon's poles. Observers aligned every few tens of metres watch the flicker of the star being obscured by more hills. Together, they can assemble this data into a mountainous landscape. During an eclipse, on the other hand, we see the entire profile simultaneously. However, since the Moon is not always facing us in the same direction, this profile will be different each time. From this phenomenon, much could be deduced about the Moon's topography. Today we rely on data collected by the Lunar Reconnaissance Orbiter mission.

From solar eclipses, we can also learn about the Earth and its orbit. There were total solar eclipses in 1715 and 1724. The sudden coming of the night during the day was recorded in numerous diaries. The notes of the 1715 eclipse have been analysed several times, the first time in Edmund Halley's Great Action for Amateurs. In 1988, Lesley Morrison's team thus determined that the diameter of the solar disk had not changed significantly over the last hundreds of years. This implies very high stability of our planet's orbit.

The best-known contribution of solar eclipses to modern physics was the Dyson and Eddington expeditions to West Africa in 1919. The controversial novelty of the physics world at the time was the general theory of relativity, which predicted, among other things, the bending of light in a strong gravitational field. However, on a day-to-day basis, the Sun outshines almost every other object; fortunately, from time to time, the Moon briefly deprives it of its shine. The expedition aimed to take images of the field of stars near the eclipsed Sun and compare them with the image under normal conditions. The shifts of the stars were at the limit of measurement error, but in 1979 the success of Eddington's expedition was finally confirmed. Today, the technique of gravitational lensing is used, for example, in prof. Andrzej Udalski's OGLE project. 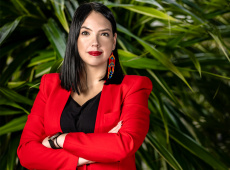 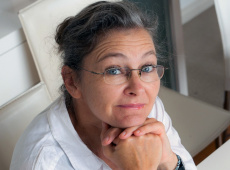 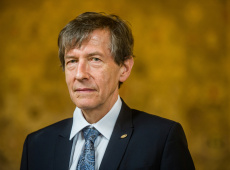 Quantum mechanics, one of the most valuable discoveries of humanity. 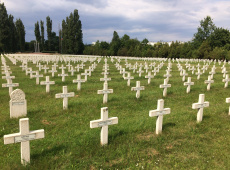 Cemeteries as a testimony to history and social beliefs 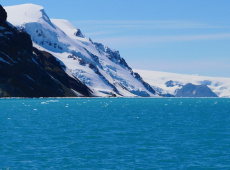