A high level of depressive symptoms among Mums seeking help after giving birth and an increase in anxiety symptoms - these are the conclusions of research conducted by the Institute of Psychology at the University of Gdańsk as part of the 'Przystanek Mama' postnatal depression prevention programme. The main objective of the programme is to raise awareness of postnatal depression and to increase early detection of the disease through education and timely prevention.

Between 15 and 22 % of women suffer from postpartum depression. Depression can start during pregnancy (12 to 19 % of women are ill then) and continue after childbirth, but a young mother can get ill only in the second half of the child's first year, which happens more often.

Recent research carried out by employees of the Institute of Psychology of the Faculty of Social Sciences of the University of Gdańsk reveals interesting and at the same time alarming data.

- 'Depressive disorders after childbirth are common. Between 15 and even 22 per cent of women and around 10 per cent of fathers suffer from them. From our latest research: An analysis of the results obtained on the online platform of the project 'Przystanek Mama' shows that the increased symptoms of postpartum depression were found in 70.8 % of the women surveyed. In addition to the severity of postnatal depression symptoms, we checked the severity of symptoms of generalised anxiety disorder using the GAD2 screening questionnaire. Of the 1021 women who took part in the screening, 60% had an elevated score, indicating significant severity of anxiety symptoms. Of the 1518 women completing the online self-examination, 43.7% indicated that they had thought about harming themselves in the past 7 days, with 19.4% thought about it 'very rarely', 18.2% - 'sometimes', 6.1% - 'quite often'' - says dr Magdalena Chrzan-Dętkoś from the Institute of Psychology UG, the project manager of the university.

The online platform is mainly used by people seeking help for themselves or those who observe worrying symptoms in themselves.

- 'It is worth emphasising that the results we have obtained are worrying and indicate the need both to increase knowledge about postnatal depression in society and to provide adequate support, which our project offers. It is also extremely important that during the pandemic period an almost sevenfold increase in the incidence of depression is observed,' - adds dr Magdalena Chrzan-Dętkoś.

Don't be afraid to reach out for help

Researchers from UG urge people not to hesitate and to reach out for psychological help if a mother is experiencing symptoms of depression. Why?

Are you a young mum and suspect you may be depressed? Take the test: Edinburgh Postnatal Depression Scale | Test for Mums | Przystanek Mama (copernicus.gda.pl)

Looking for psychological support? Check out the Primary Health Care Centres cooperating with specialists within the framework of the 'Przystanek Mama' project

The 'Przystanek Mama' project offers, among other things

For more information on postnatal depression, facts and myths, a support group for mothers, etc., see the 'Przystanek Mama' website

The main objective of the "Przystanek Mama" project is to increase the level of knowledge about postnatal depression prevention among medical professionals (with particular emphasis on midwives, nurses and doctors (POZ), to increase the level of knowledge and awareness of women and their families about risk factors and early symptoms of postnatal depression, and to increase access to specialists (psychologists) and screening tests.

The project has been carried out since 2019 by Copernicus Podmiot Leczniczy sp. z o.o., the Institute of Psychology of the University of Gdańsk and the Foundation of Creative Women from Warsaw. 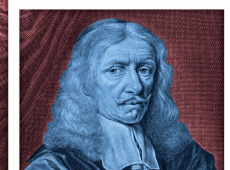 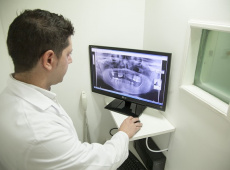 On the anniversary of Maria Skłodowska-Curie's birthday, we celebrate Medical Physics Day! 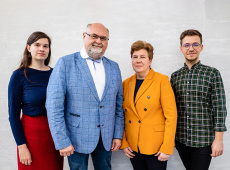 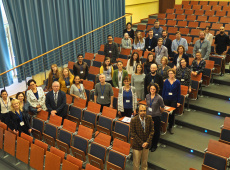 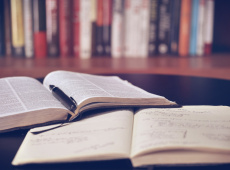