'LOST IN GDANSK'. ABOUT POLISH CULTURE IN ENGLISH AS PART OF THE SPINAKER PROGRAMME

The project 'Local, open, solidarity - narratives about multicultural Gdańsk' ('LOSt in Gdańsk'), carried out by the Academic Centre for Polish Language and Culture for Foreigners in cooperation with the Faculty of Philology of UG and the Centre for Sustainable Development, received funding from the National Agency for Academic Exchange (NAWA) under the SPINAKER programme. - 'We hope that the narrations about multicultural Gdańsk, promoting locality, openness and solidarity, will contribute to the dissemination of Polish culture and increase the recognisability of the University of Gdańsk in the world,' - says dr hab. Ewa Czaplewska, prof. UG from the Faculty of Philology involved in the project.

'LOSt in Gdańsk' assumes the implementation of two Intensive International Study Programmes that will focus on Polish culture from a local (Gdańsk) perspective. The courses will cover: Polish film, Polish literature and art, Kashubian culture and regional cuisine. The team planned the project activities based on the results of a pilot study conducted at two Japanese universities. The results of the survey will make it possible to plan the content of classes taking into account the cultural specificity of Asian students, to whom the project activities are primarily addressed.

- 'Each module will be carried out in the classroom and in urban spaces and cultural institutions. Numerous educational trips and workshops with specialists are planned,' - says says dr hab. Ewa Czaplewska, prof. UG from the Faculty of Philology, UG. - 'As part of the film classes, Polish films with Gdańsk in the background will be presented - films made in Gdańsk, talking about Gdańsk or created by artists from Gdańsk. These films are set in the Tricity, they concern the history and culture of Gdańsk, but at the same time touch upon universal themes, such as multiculturalism, emigration, the condition of modern man. Similarly, the literary and artistic module will focus on local cultural texts, but functioning translocally.'

All activities undertaken during the programme will be aimed at increasing the intercultural competence of the project participants and strengthening their interest in Polish culture. 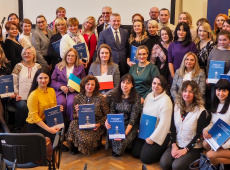 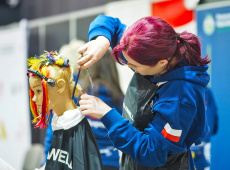 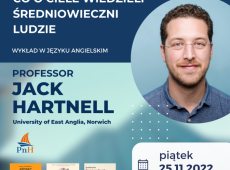 Friday at the History Faculty: 'The Headless Horseman. What medieval people knew about the body'. - prof. Jack Hartnell 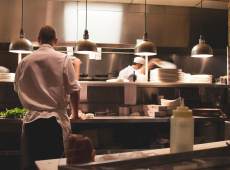 Research around the dark kitchen. An international project involving UG 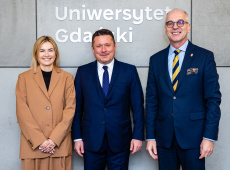 Meeting between the UG authorities and the ambassador of Romania