FIRST TWO LEGS OF THE VOYAGE - 90% OF THE PLAN COMPLETED

The stage from Kiel to Brest was full of new experiences for the r/v Oceanograf. The UG ship entered the North Sea, the English Channel and, above all, the Atlantic Ocean for the first time. During this six-day transit, the team of scientists collected various types of samples from the estuaries of the largest rivers in western Europe - the Elbe, the Rhine and the Seine. On June 12, the ship departed for the final part of the voyage, where it will face the most challenging body of water on the route - the Bay of Biscay - in terms of weather conditions.

During the SEA-EU cruise, scientists are carrying out three major projects. The first concerns the study of areas of the seabed from which greenhouse gases are emitted. These areas often contain interesting structures in the form of funnels and irregular depressions on the seabed, the so-called pockmarks. - 'They are formed as a result of gas release from sediments and also from freshwater exudates,' - says dr Aleksandra Brodecka-Goluch, the scientific leader of the cruise.

Gases released into the water column, which is the subject of scientists' interest within the first project, result from the decomposition of organic matter that reaches the seabed. The gases produced in bottom sediments can accumulate over thousands of years, forming a reservoir of methane, carbon dioxide, nitrous oxide or hydrogen sulphide. Many more of these gases accumulate in the muddy, anaerobic sediments of coastal regions than outside the continental shelf.

- 'In places where a kind of gas "cushion" forms under the bottom, due to the increased pressure, the gases start to escape into the water column, either as individual bubbles or as larger clusters of bubbles, the so-called gas flares. We should not forget that the gases coming out of the bottom have a greenhouse potential,' - explains dr Aleksandra Brodecka-Goluch.

The flares that often form in areas of intense gas emission from the bottom are the result of the collapse of degassed sediment layers at the bottom. The resulting funnels and other irregular structures are of great interest to researchers due to the abundance of flora and fauna, the presence of microbial mats affecting the geochemistry of sediments in these areas, the intensified release of various chemicals into the water column, and also due to the acoustic properties of the bottom and the water column into which gas bubbles are released.

During the first leg of the cruise, using hydroacoustic methods, the scientists investigated the pockmarks in the Baltic Sea and Eckenförde Bay. And using a bathymetric rosette, they were able to take water samples from a column above areas where gas was intensively emitted from the sediments. Further research related to greenhouse gas emissions from the seabed will take place in Spanish waters.

The second project, which investigates air quality in European coastal areas, is the responsibility of dr hab. Anita Lewandowska, prof. UG. She collected her research material from the ports of major cities as well as during 24-hour transects. The second stage was crucial for this work package, although the project's measurements must be carried out regularly throughout the voyage.

The route from Kiel to Brest was also very important for the third research project. Using a van Veen scoop, Multinet, WP2 and Manta net kit, the research team sampled sediment, zooplankton and microplastics from the estuaries of three rivers: the Elbe, the Seine and the Rhine. After the cruise, this research material will be analysed for anthropogenic pollution. This project will determine, among other things, how much pollution flows into the sea with the waters of large European rivers. The next research target for the r/v Oceanograf team is the Spanish Guadalquivir River.

During the first stage of the voyage, the research team managed to carry out 80% of the planned research. Bad weather conditions did not allow the use of all planned research equipment at some locations. - 'However, from Kiel to Brest, the weather did not interfere once with our plans. We were able to take samples in each of the predetermined areas. In total, from Gdynia to Brest, we completed 90% of what we had planned before the voyage,' - summarises dr Aleksandra Brodeck-Goluch. 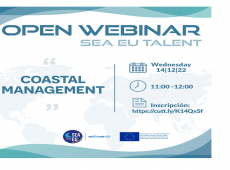 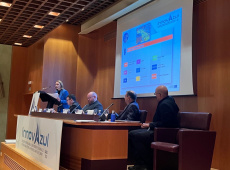 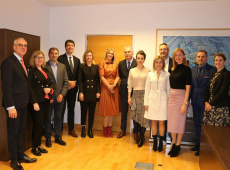 Delegation of the University of Gdansk in Split

Visit of a delegation from the University of Gdańsk to Split 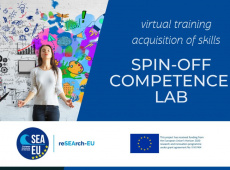